We have just created a “new” nautical chart of Lake Champlain.
We took portions of five original NOAA Nautical Charts from 2013, matched them together, rearranged some of the text, and added a border and title to make attractive wall decorations.

Our map goes from Ticonderoga on the south  all the way into the province of Quebec, Canada, with the cities of Burlington and Plattsburgh near the middle of the lake.

Here are close-ups of Burlington and Plattsburgh. 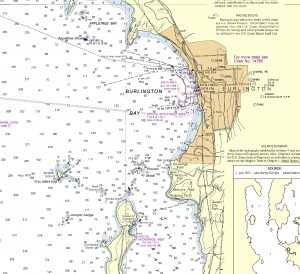 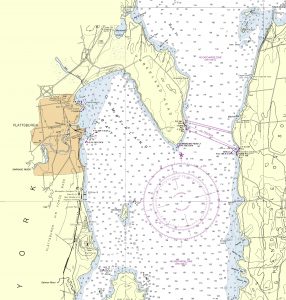 Missisquoi Bay, which is shared by two countries, is on the northernmost part of the map. Notice the tiny tip of Province Point just over the line into the USA – its only land access is through Canada. 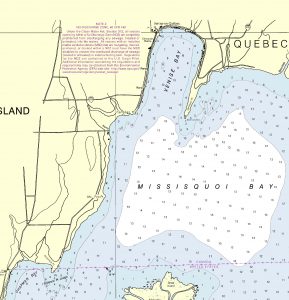 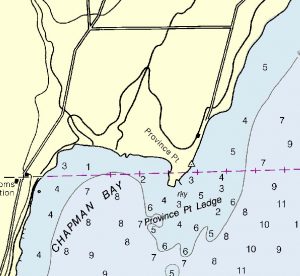 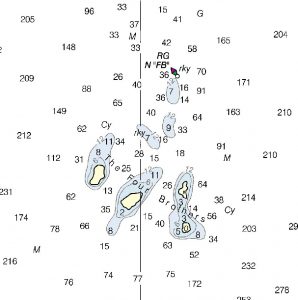 Our Custom 2013 map of the lake includes an inset of the 2013 Burlington Harbor chart,the 5th map we used to make our new map. 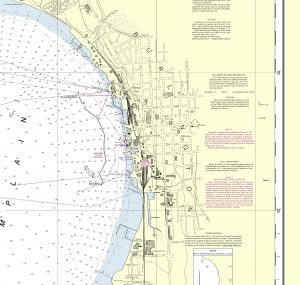 Prints of this chart and other Lake Champlain Nautical Charts can be purchased at our website shop.old-maps.com.

We also have several other historical maps of Lake Champlain.