“Fresh seeds from Herbs/ Swifts, Brooms, etc.” says an entry 1855 Harftord County (CT) wall map. It’s unusual to find an advertisement blended into the map itself. It appears next to the Shaker settlement in Enfield, on the eastern edge of the county. The Shakers were a growing religious group in the mid 19th century. Their settlements were organized into “families” where they lived communally. On this map we see North Family, South Family, East Family, West Family, and Church Family.
The advertisement refers to storekeeper Jefferson White, whose store building appears next to the capitalized SHAKERS. The 1850 federal census reveals that Jefferson White, aged 45 in 1850, was a Trustee of the Church Family, and born in New Hampshire. It is likely that Mr. White or the Shakers paid the map publishers an extra fee for this notation.

The large scale county maps of the mid-1800s are popular resources for historians and genealogists. The detail shown on the maps has both historic and artistic appeal. The border of the Hartford County, Connecticut Smith’s wall map from 1855 is chock full of featured homes and businesses, as well as scenes from nature. Owners of these structures paid a fee to the publisher to add their images to the map. We benefit by being able to see the buildings which may no longer exist. 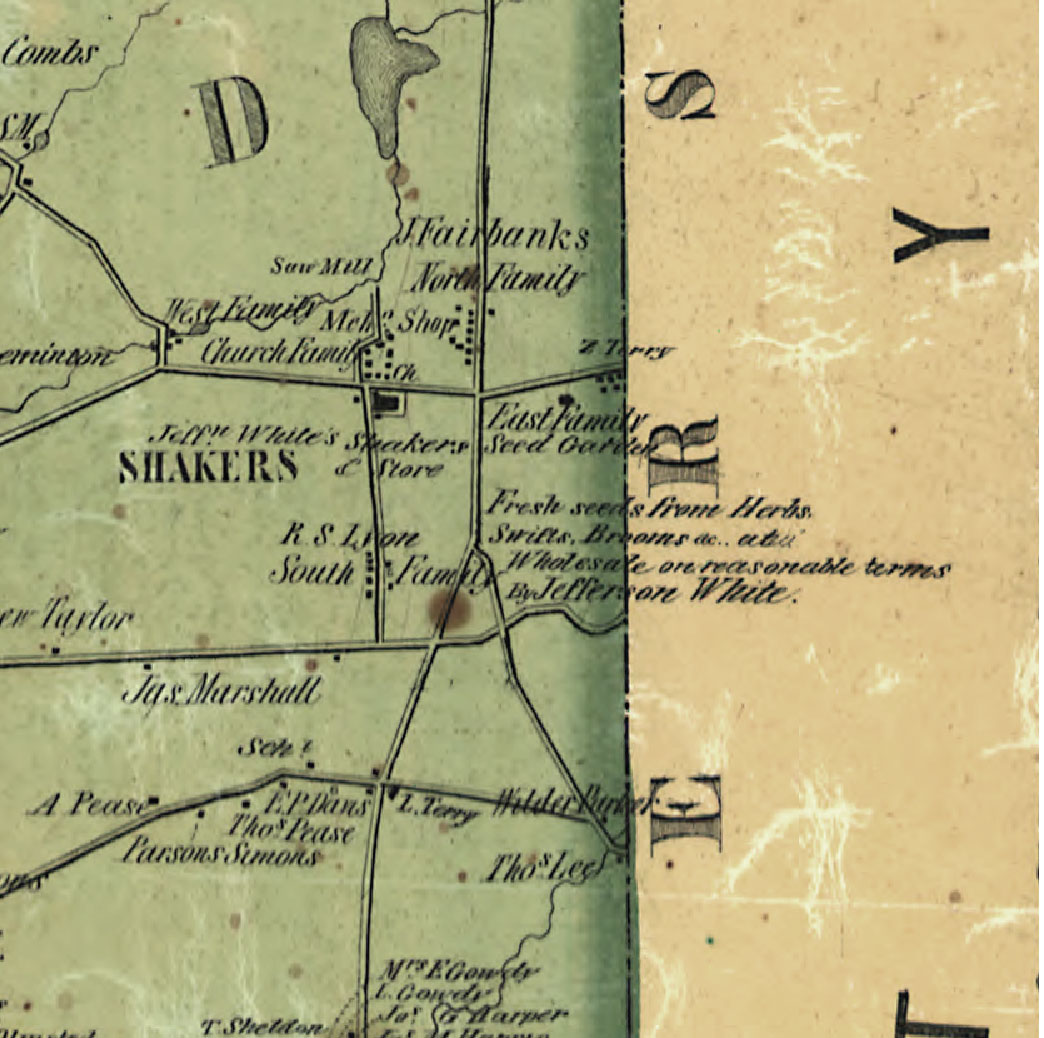