To this day in Martha’s Vineyard, there is a population of Native Americans on the western tip of the island in the town of  Aquinnah (formerly Gay Head). The Wampanoag residents were officially recognized as the Wampanoag Tribe of Gay Head in 1987. However, their presence has been well documented on historical maps of the island. Each of these excerpts highlights the native American occupation of this part of Martha’s Vineyard. (The town of Gay Head was officially renamed Aquinnah in 1997.) 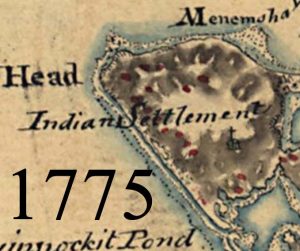 The earliest in our collection is this 1775 image from a military map made by Blaskowitz. The fact that this British mariner added “Indian Settlement” tells us that this was a notable feature of Martha’s Vineyard at the time. Note that Menemsha Pond is open to the ocean. 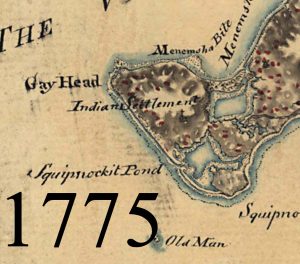 The 1801 map by Osgood Carleton -a map of all of Massachusetts still reports an Indian settlement. And it shows the old lighthouse, Gay Head Light, in its original location. Visitors to the island in recent years know that that light house has been replaced since then, and that the replacement lighthouse has been moved several hundred feet back from the eroding cliffs of Gay Head. 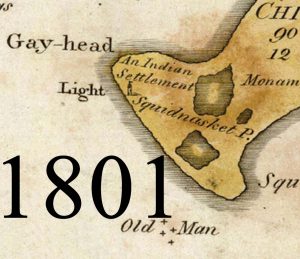 The 1844 map is from the Simeon Borden Map of the State of Massachusetts. That map is well regarded for its mathematical accuracy. 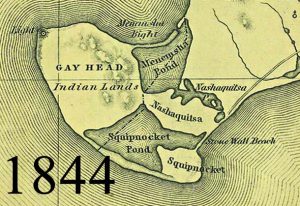 This next map – 1858 is very detailed. Note every road is shown and the names of homeowners. And it still reports “Indian Land”. 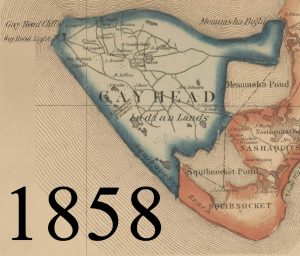 The 1861 map is an excerpt from a large state wall map by H.F. Walling. 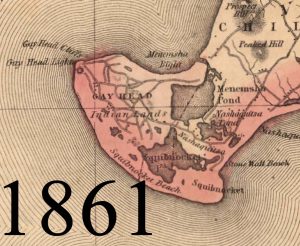 This last excerpt was taken from the 1871 state atlas by Walling & Gray. 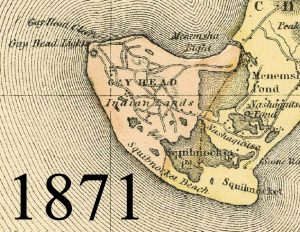 Prints of the original maps from which these excerpts are taken are available to view and purchase at old-maps.com.