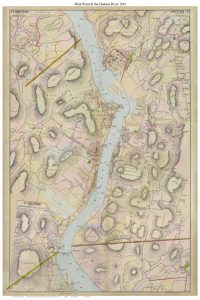 We have just created a “new” old map of the Hudson River Lands near West Point, in 1891. This map shows the names of the landowners during the “Gilded Age”.
We took 3 maps from the “Atlas of the Hudson River, from New York City to Troy…” by F.W. Beers, matched them together and added a border and title to make attractive wall decorations. 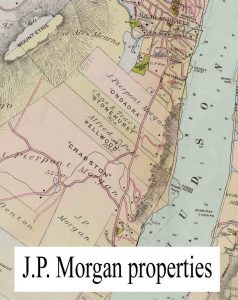 The boundaries of large Hudson River estates are shown, such as the lands of J.P. Morgan. His grand estate “Cragston” is featured above in this view. 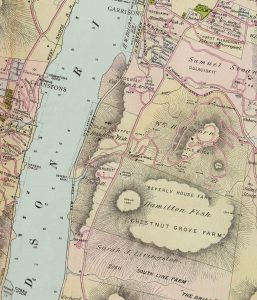 Across the river in Garrison is the large Hamilton Fish property( former US Senator and Secretary of State). The military buildings at West Point are all shown, including Fort Clinton, the Barracks, the Stables, and the Mess Hall. Look carefully and you can see the railroad tunnel (dashed line) under the grounds. This tunnel had been completed in 1883. 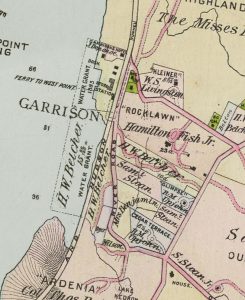 In the village of Garrison you can see “Rocklawn”, the house/estate of Hamilton Fish Junior. Like his father he was a prominent political figure – Speaker of the NY House of Representatives.  In recent history the estate belonged to heiress Patty Hearst.

Prints of this map and other maps from the Hudson River Valley 1891 Atlas can be purchased at our website shop.old-maps.com.