The Old Maps team will be at the NERGC conference in Manchester NH next week. Thursday-Saturday, April 3-5. We will have 2 booths filled with historical maps for genealogists. 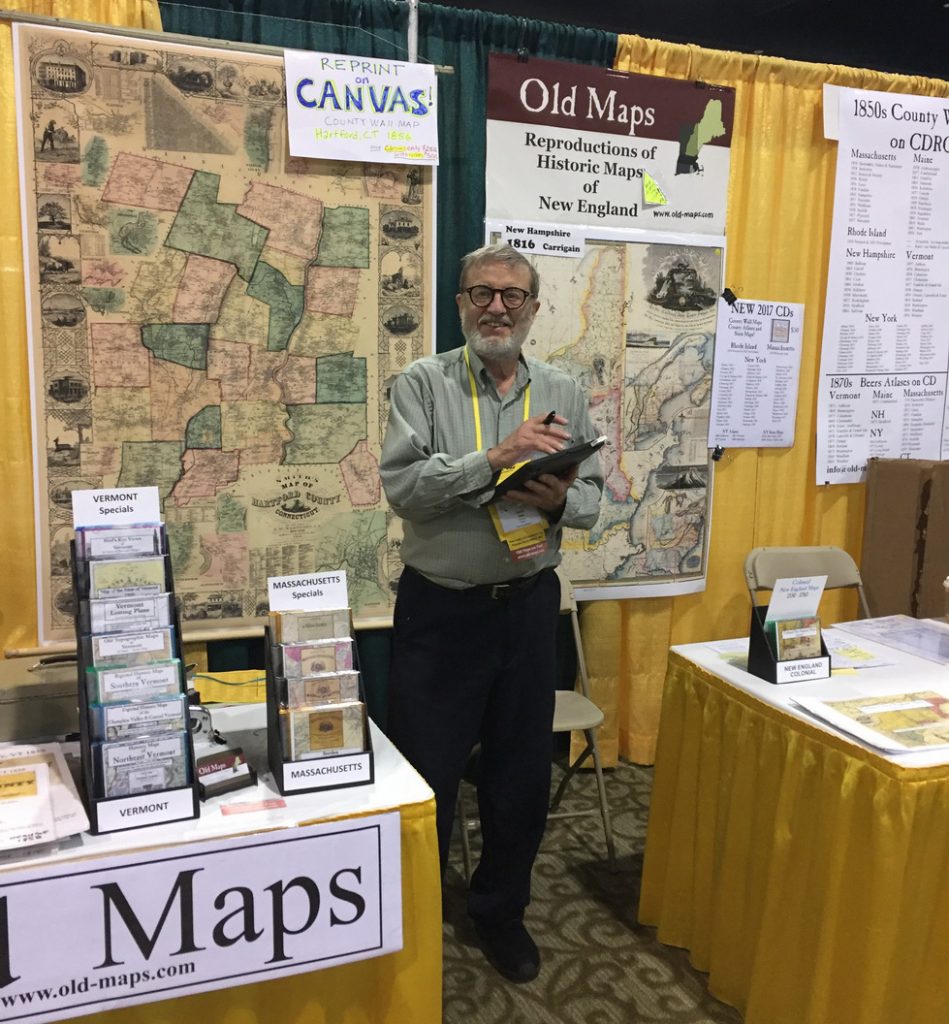 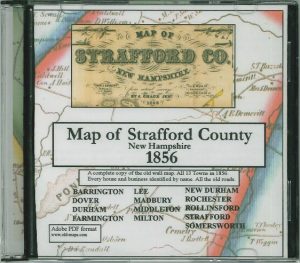 The 1850s county wall maps – the oldest such maps for rural towns have all been scanned and put onto CDROMS for easy access.  We also have large reprints for several county maps.

These examples are Strafford County NH.

A closeup of the detail.
The large county wall map. 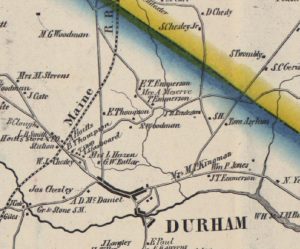 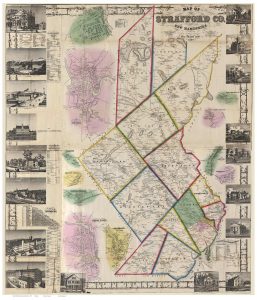 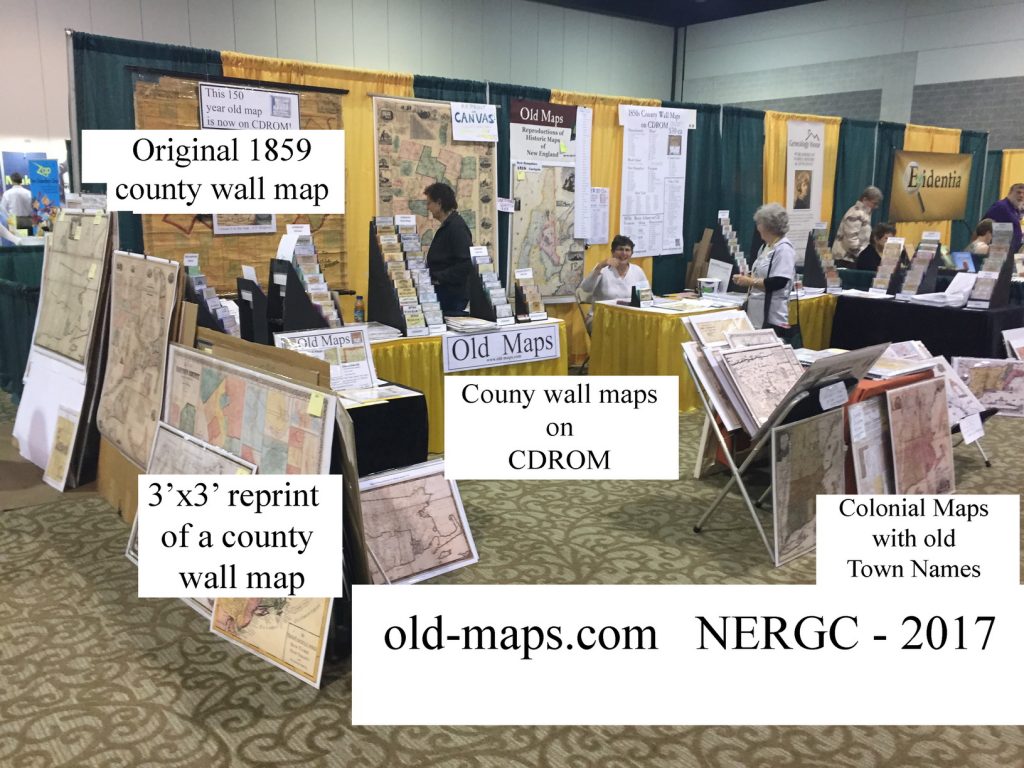