Here’s the Peak’s Island Maine bird’s-eye view from 1886.  A nice example of this genre, though Peak’s Island is just a small metropolis! 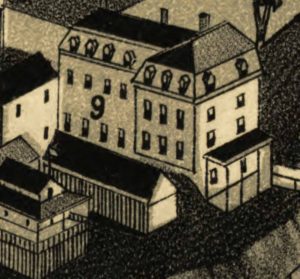 The artist tries to show all the buildings on the island – even the windows and doors. 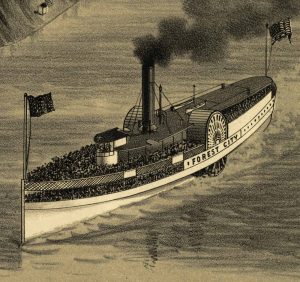 Peaks Island is just off the city of Portland Maine  – a short ferry ride then and now.  The Forest City steamboat, filled with passengers is headed back to the city.  It looks to be disproportionately large – artistic license…

The text at the bottom is a key to prominent sites – such as the Forrest City’s dock — No. 18. 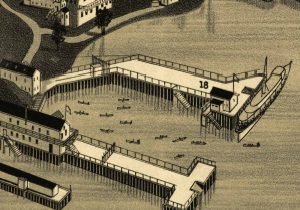 The island was a vacationland for Mainers – look at the roller coaster, skating rink and theatre (Nos. 1,2,3). 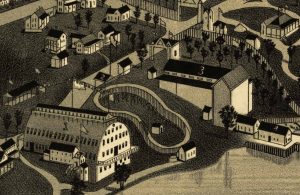 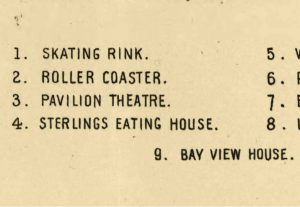 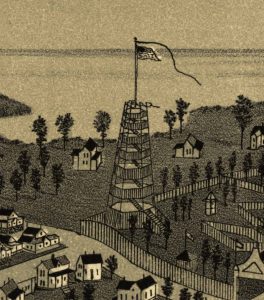 And what is that large tower?  A lookout to see the ships in Casco Bay? 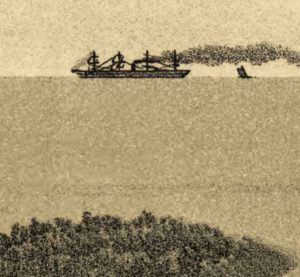 Off in the distance is a four masted schooner.  These large sailing vessels were the freighters of that time. 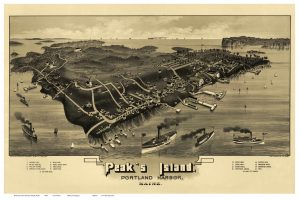