In July 2016 Vermont’s media was abuzz with talk of plans to remove a very old dam in the village of Swanton, up near the Canadian border. 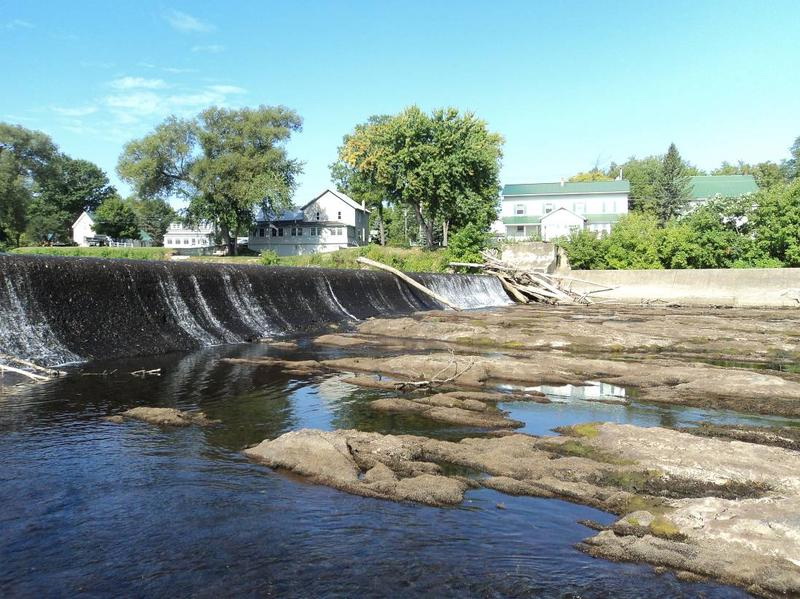 The state – through its Fish & Wildlife department – wants to remove the dam so that fish can easily use the Missisquoi River upstream. The river has been dammed since the 1790s, when grist mills and saw mills were built to improve the lives of settlers.  Here are some old maps showing the dam site. (At the bottom of this page are links to some news stories) 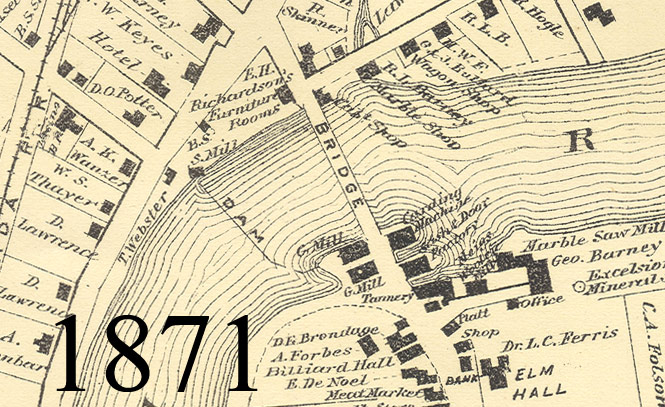 The 1871 “Beers” map shows the dam and the bustle of activity which flowed from the water power. Note the Saw Mill, Grist Mill, Tannery and several other factories just upstream.  Hundreds of people earned their living working here 150 years ago. 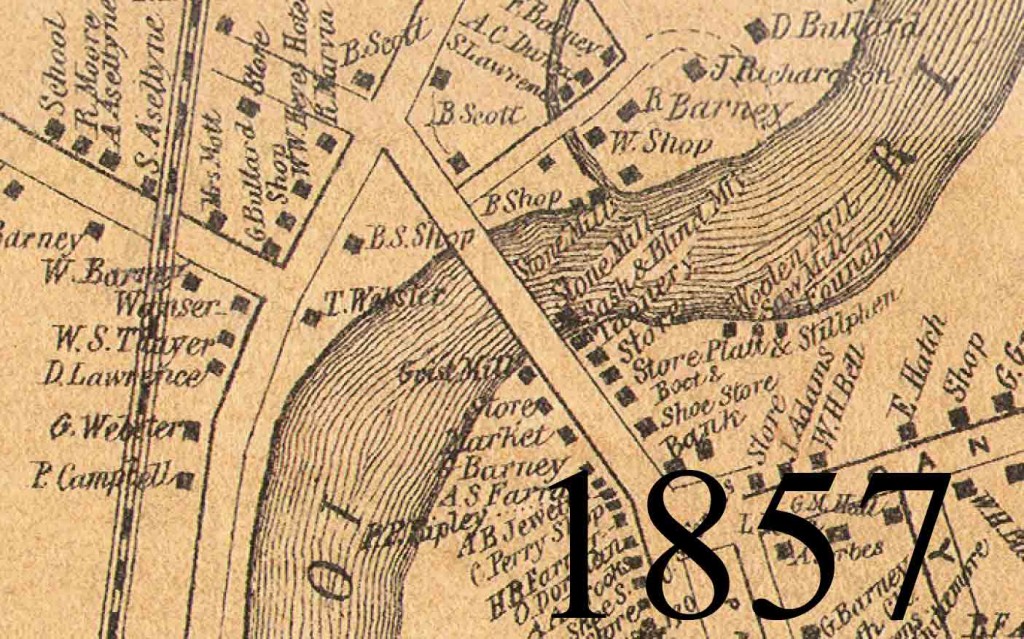 Fourteen years earlier the 1857 county wall map showed the site just as busy, but with different shops.  or is the Stone Mill on the north side of the river in 1857 the same business as the Marble Shop in 1871?  Probably. The 1857 map doesn’t show the dam, but it was there. 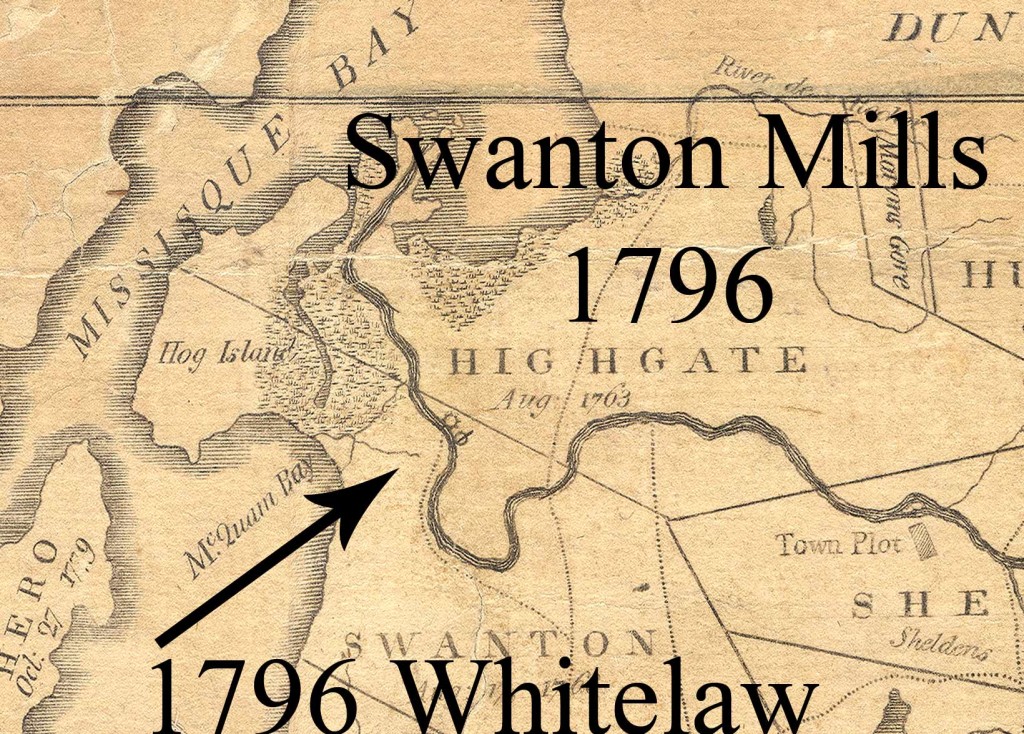 The 1796 state map (made by James Whitelaw) shows two mills on the river, and a single road leading to the village from the south. The 1821 version of this map (below) shows several mills, and 4 roads leading to and from Swanton village. 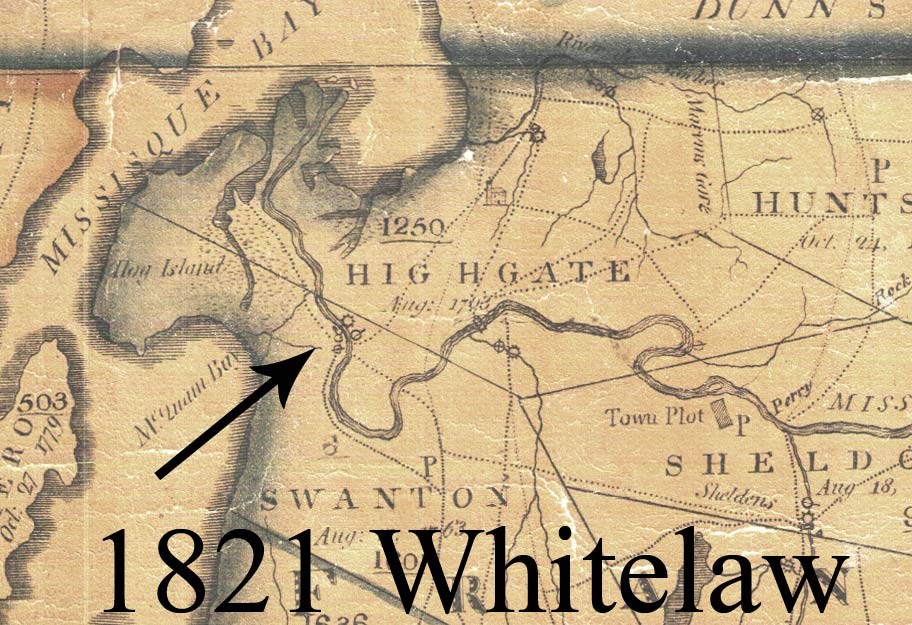 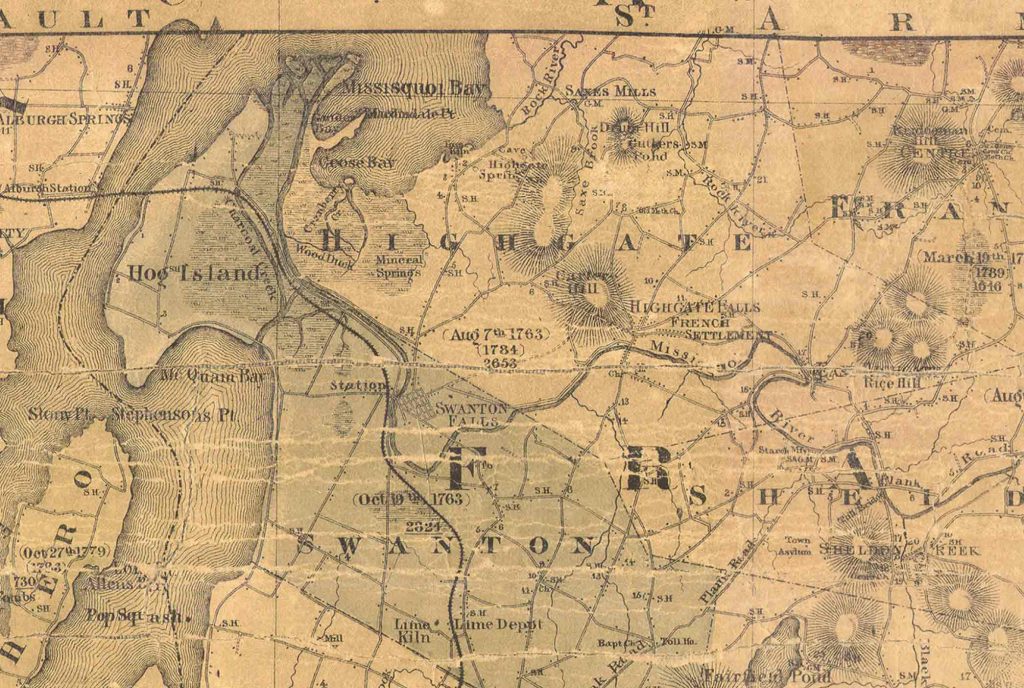 For a “bigger area” view this 1860 map (from the Walling state map) reveals that Swanton Falls is the biggest village on the Missisquoi near Lake Champlain (Missisquoi Bay), and that the railroad passed through on its way north to Canada.
Our last map, is a modern USGS topo map 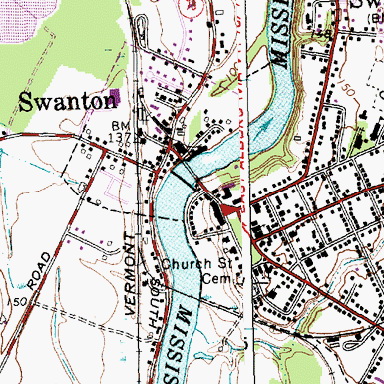