We have just added a 1756 Map of Lake George to our store.  This was created during the time of the French and Indian War fought by the English with soldiers of their American allies.  This colonial map shows English and French military locations, including Fort William Henry.

We have rearranged the text of the original map as the index, map title, and scale were all oriented differently on the map!

The original map as obtained from the Boston Public library. In the left corner is the index to all the locations featured on the map, and in the right corner is the title of the map.

When we edited  this map, we rotated it to the same orientation as our other maps of Lake George, and placed they map index under the title block,  with the text rotated to properly align with the rest of the map.

We also made an annotated version of the map, which has all of the the places listed in the index labeled right on the map.

Here is a close up view of the area around Fort William Henry.  Aside from the fort, land features and other locations are labeled. 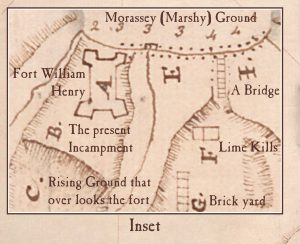 Here is the northernmost part of the map, showing the French Narrows and the French Advance Guard. 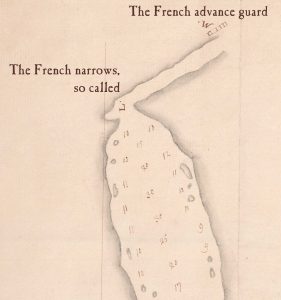 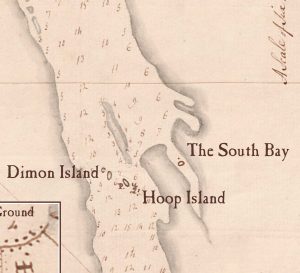 Prints of these maps and other Lake George maps can be purchased at our website shop.old-maps.com.