President Zachary Taylor made his name in the 1830’s during the Seminole Wars in Florida.  And he put his name on an important map of the war. 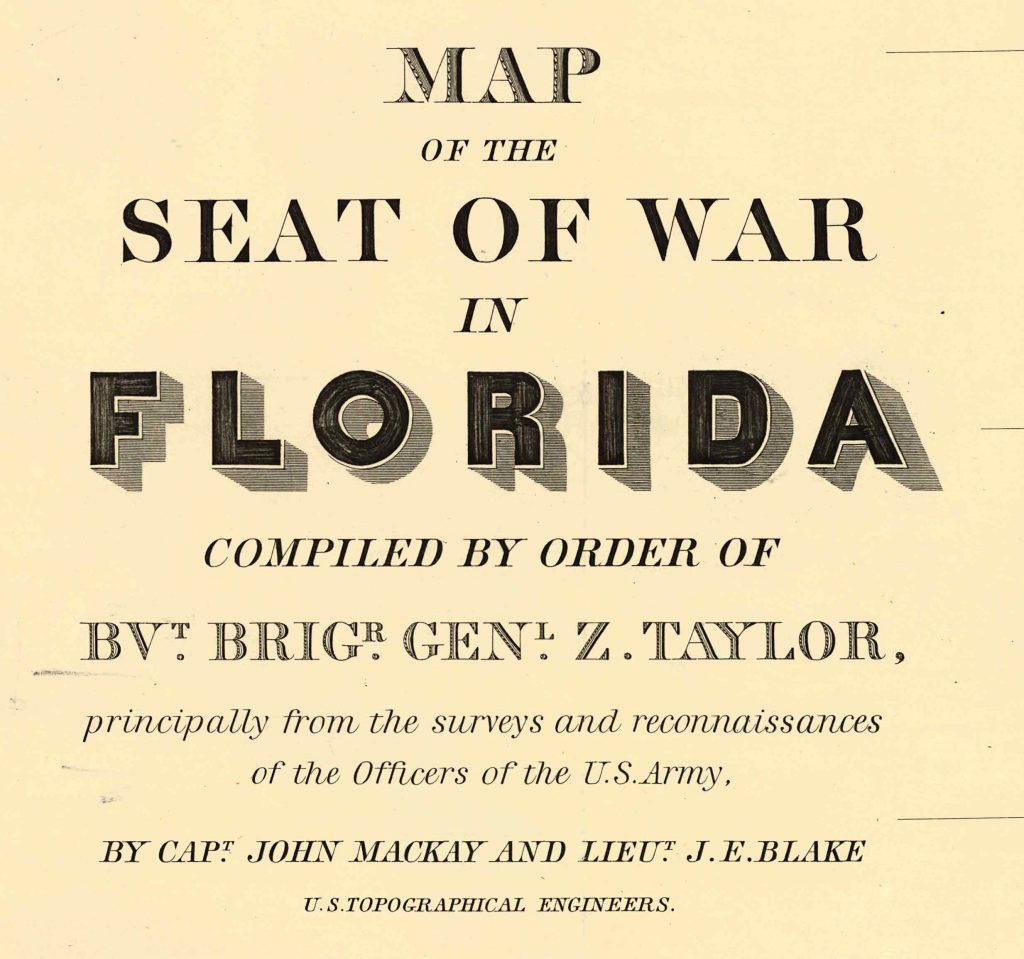 Taylor was a hero of this war, where he earned the nick name “old Rough and Ready”. He was a seasoned military man, having served in the War of 1812 and other campaigns.

It was a well-drawn map and is quite attractive. 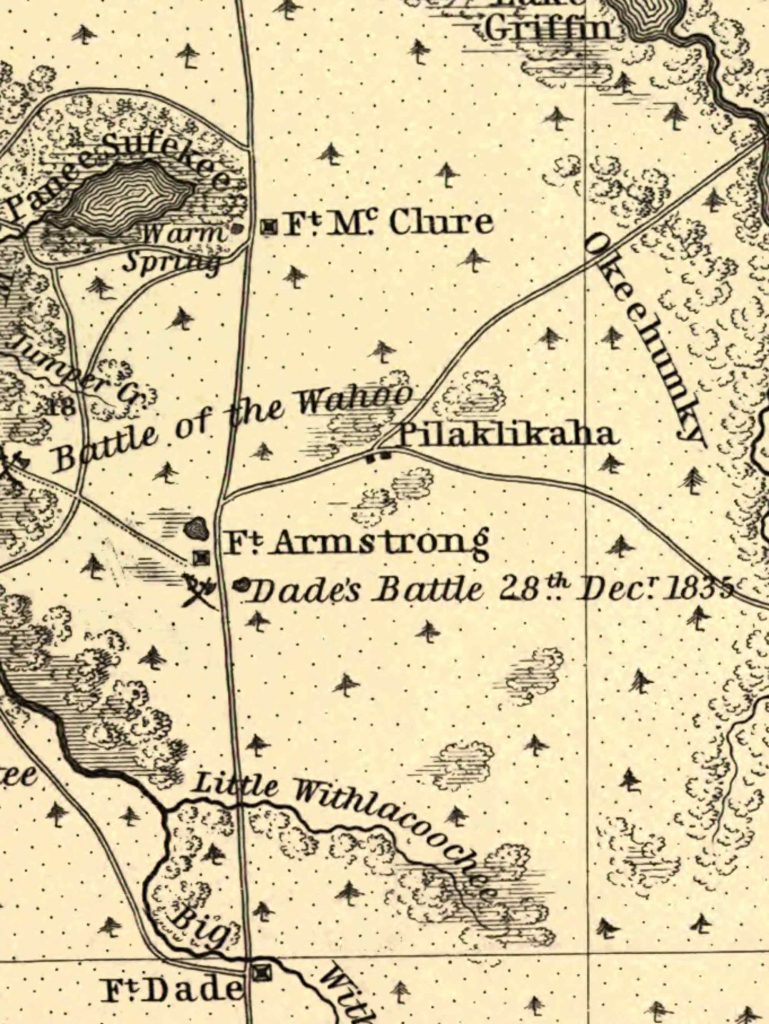 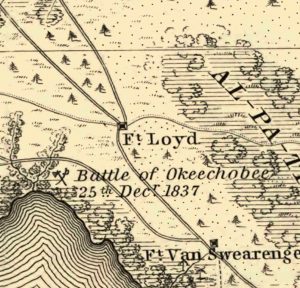 The Battle of Okeechobee and routes leading to that site are indicated. The mapmaker tells us that “O-Kee-Cho-Bee” means “Big Water”. Note on the left edge of the map “Route Of Colonel Taylor’s column” proceeding to the battle. 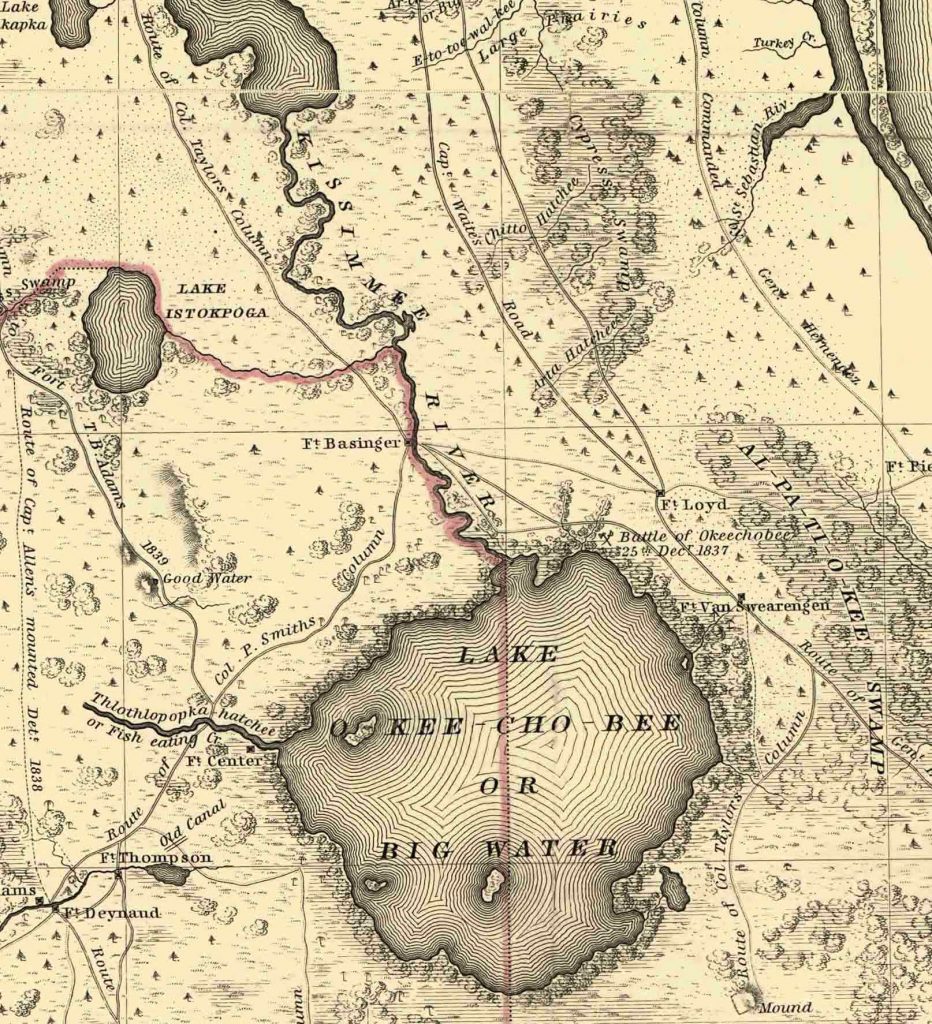 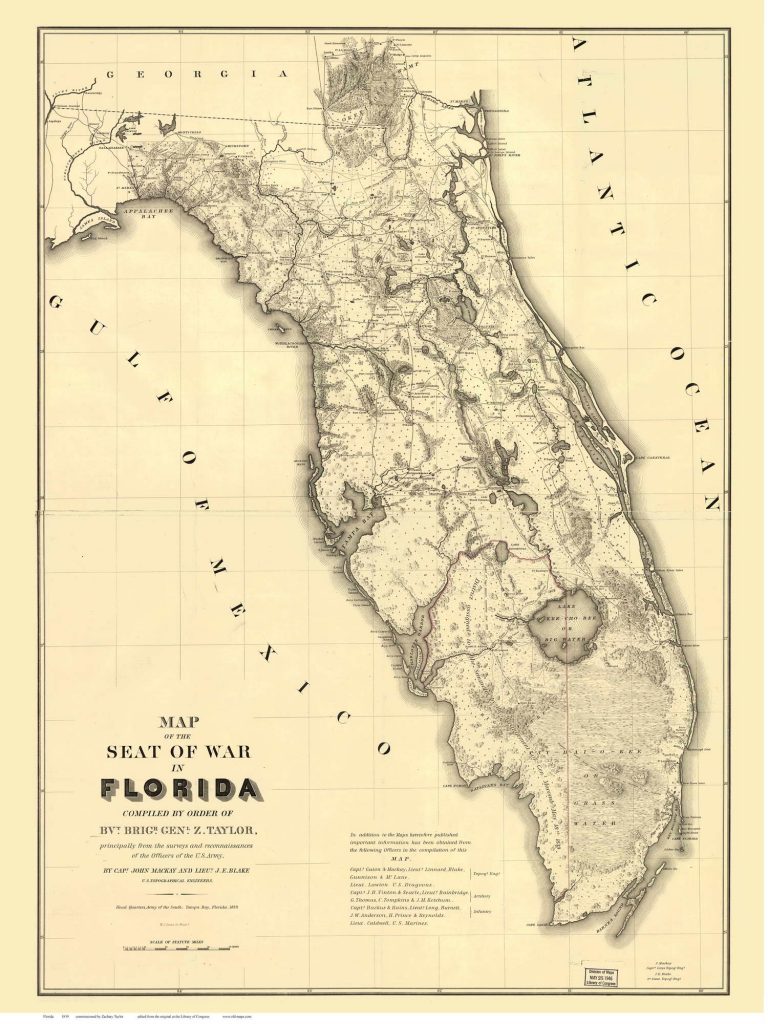 The full map measures 32″ x 43″. It was a published by the Army Topographical Engineers.

General Taylor was not the draftsman, he was the commander who ordered that the map be made.  He was not bashful about that map-making decision.

Ten years later, after his notable service in the Mexican War, he was elected as President of the United States, becoming the first president elected without holding prior political office.  His presidency was brief as he died after a year in office.

Prints of this and many other Florida maps  can be purchased at shop.old-maps.com.