An article in Saturday’s New York Times (Mar 15, 2016) described efforts to rename a small island near New Haven Connecticut. The island, actually more of a  “rock pile”, has long been known as Negro Heads, and bears that name on the official nautical charts for Long Island Sound. 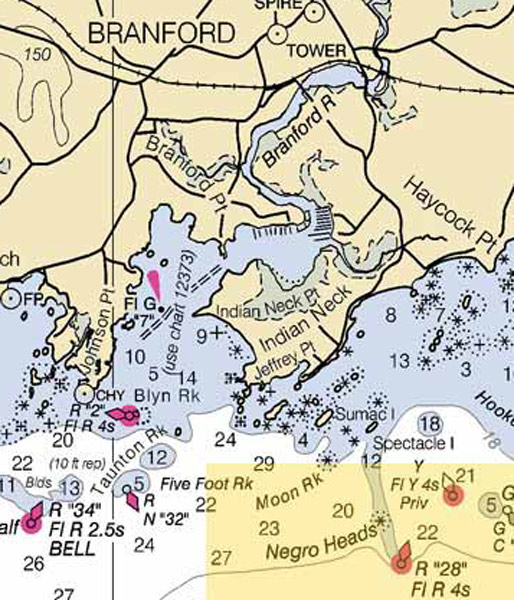 The feature is a local landmark off the town of Branford, and has a warning buoy according to the Times story.

Here are closeup views of Branford from a 2014 nautical chart.

The rocks have been marked by buoys since at least 1846, but the name changed.  See below. 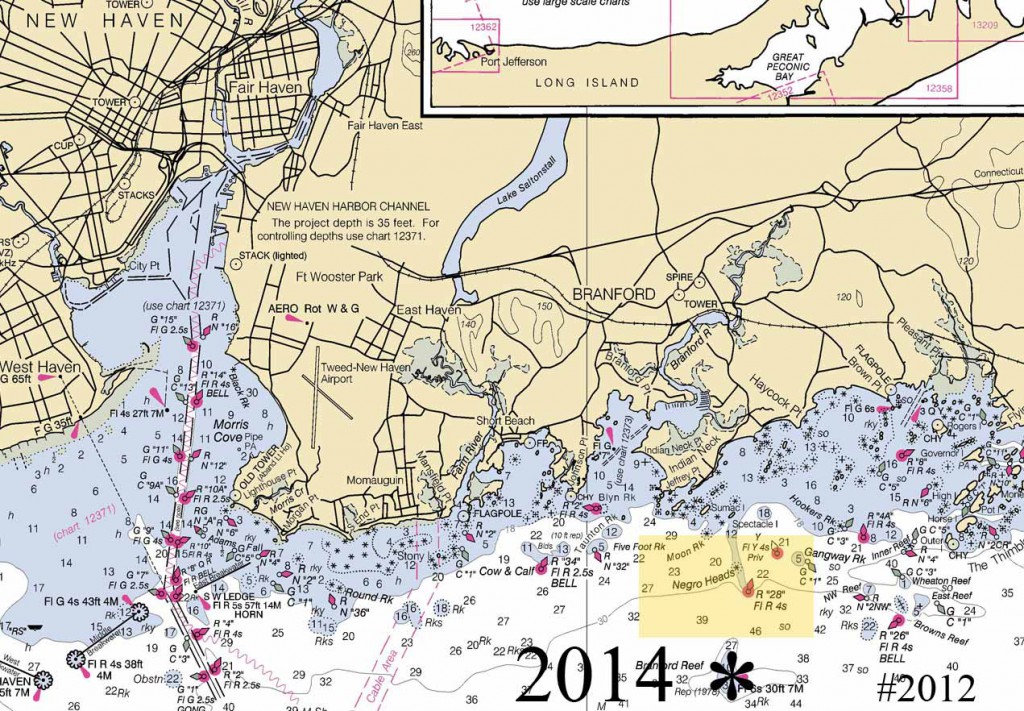 The newspaper article noted that the rock pile used to have a more offensive name, and that it was changed to the present name “between the 1830s and 1880s”.
That covers a large date range, so I looked through my collection of Coast Survey charts to see if I could find the older name and get a closer date for the name change. I found the old name (Nigger Heads) in 1846 and the new name in 1855. I was surprised to find the change made so early – before the Civil War.

The oldest 80,000 scale chart for the New Haven area is the 1846 chart which covers Long Island Sound  from New Haven east to the Connecticut River.  A closeup view shows that the rocks were called “Nigger Heads” at that time. 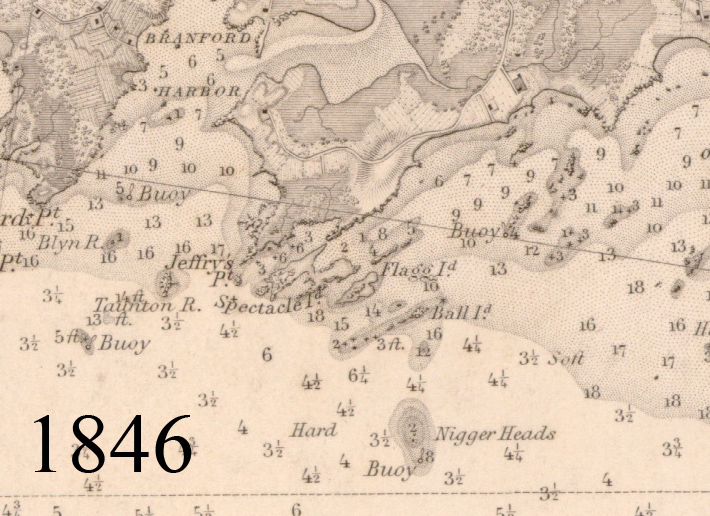 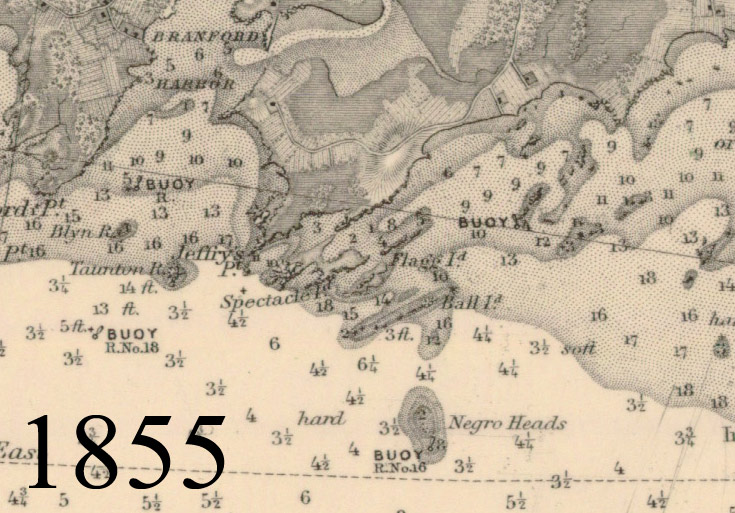 Before I found the evidence, I was imaging that the new name might have appeared much later in the century during the Reconstruction period.  We don’ t know who made the change, or whether it was the subject of much discussion at the time. The map’s title tells us that it was published by the US Coast Survey. 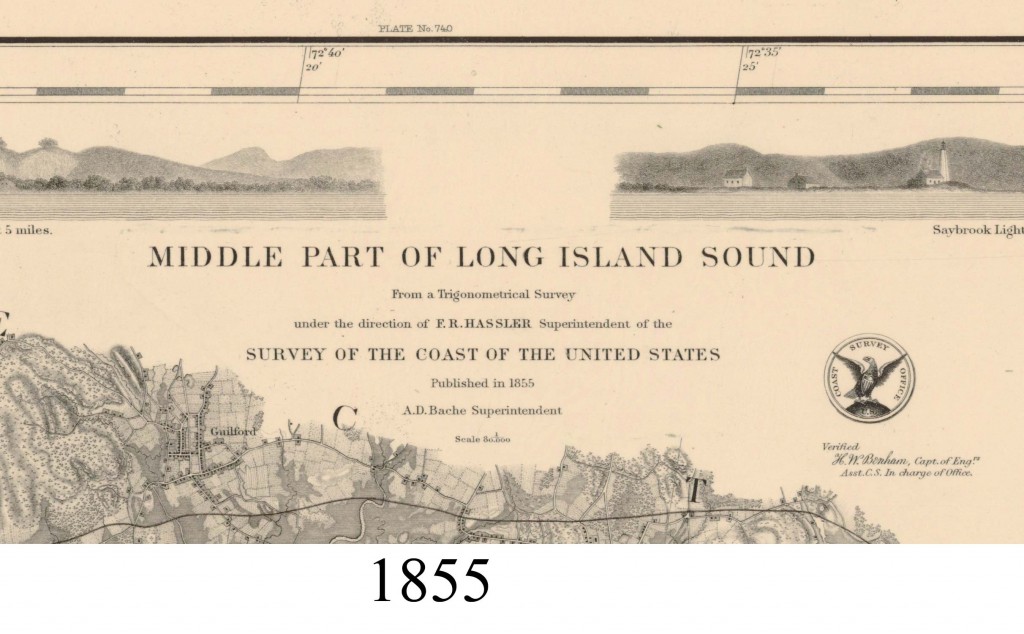 The “Sailing Directions” on each chart had the same usage. 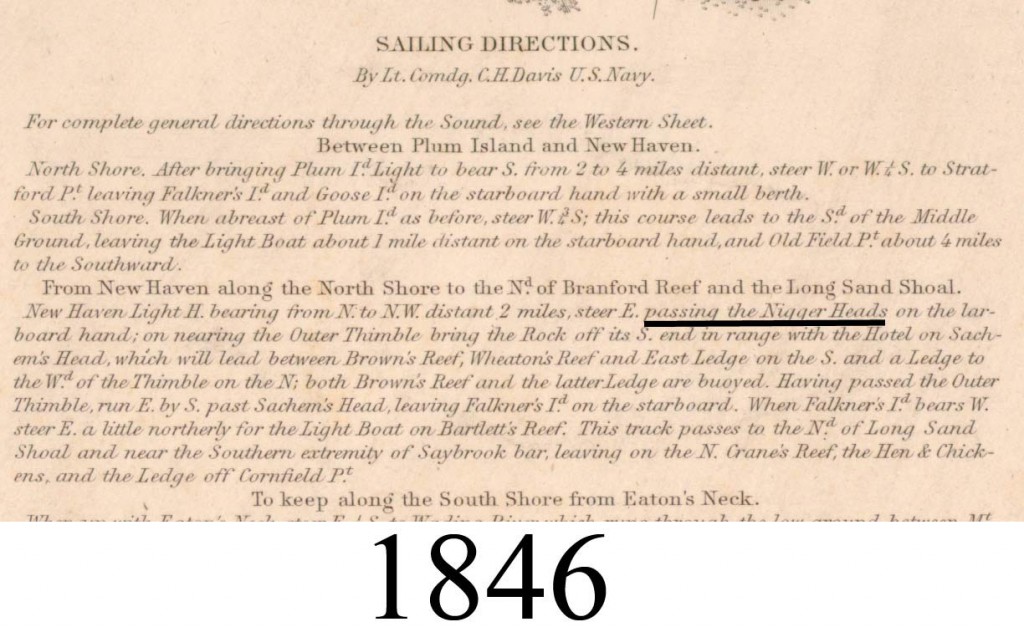 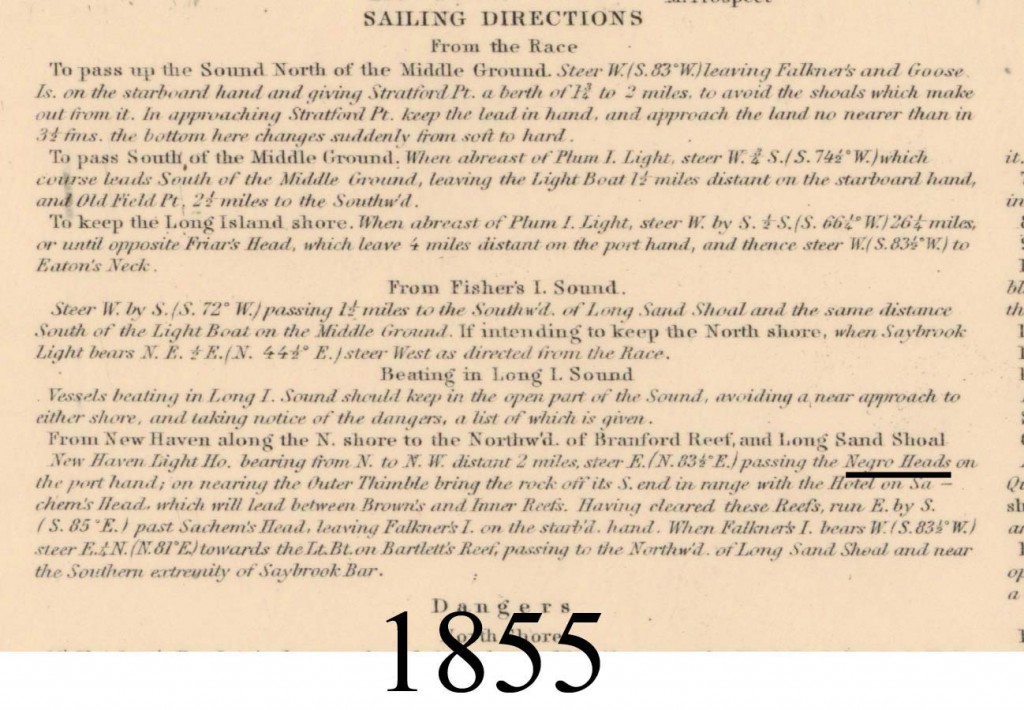 While the official charts showed the new name from 1855 to the present, common usage may not have changed. note this 1903 article found online about a sailing trip along the shoreline:

The two maps (and many others) referenced are  on my web site   www.old-maps.com.
(Low-res images for free viewing)